Edit:  I wrote this white paper in 2017 and will continue to update as necessary.

Urban renewal is relatively unknown by the taxpayer, but it has a significant impact on our wallets.  I felt it was necessary to become more knowledgeable when I was told that urban renewal redirects property taxes from schools towards bond debt taken on by local municipalities.  After meeting with multiple local elected officials[i] that are well versed in urban renewal, it was apparent that the local taxpayer needed to be informed of how their money is being spent without their input or consent.

Property owners are generally aware of the property taxes that they pay and where the funds are allocated if they look at their property tax report from the county assessor or their mortgage statement.  However, urban renewal only shows up on the paperwork if a property is located within an urban renewal district and even then, it has no explanation of what urban renewal is or why it is being collected.  Urban renewal is a pleasant sounding, yet vague, term that perpetuates leaving the taxpayer in the dark about a small group of people deciding that taxpayer funds should go to pet projects, rather than the county, cities, schools, etc.  This is why the Idaho State Legislature needs to end the option for urban renewal to exist at all. 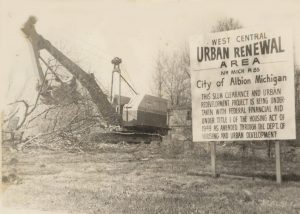 Urban renewal became an option in Idaho when it was inserted into state code[ii] in 1965.  The intentions behind it were to improve and rehabilitate certain deteriorating or deteriorated urban areas because they had become a drain on public resources and a threat to public safety.  Since then, several issues have arisen.

By eliminating the future potential of new urban renewal agencies and districts to be created, the taxpayers of Canyon County will be better off both individually and as a community.  They will have a lower individual tax burden and at the same time maintain, or even increase, current funding levels of schools and public services. 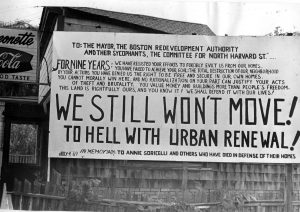 [iv] Used by permission from Ted Brumet, 2017 candidate for Mayor of Caldwell

Your email address will not be published. Required fields are marked *