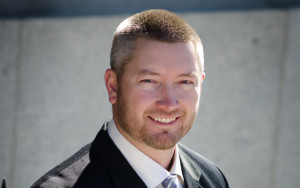 Education: Bachelor of Science in Business Administration with an emphasis in Accounting from Lewis-Clark State College

Have you ever filed bankruptcy for yourself or for your business? If yes, please tell us when and the circumstances.

Have you been convicted of any misdemeanor or felony charges? (Traffic citations not included) If yes, what were the convictions and the circumstances?

Why are you running for this office?

I’m alarmed at the number of policies our state has adopted in recent years that continue to grow the size and scope of government. These policies have increased taxes and spending, increased our reliance on federal tax dollars and programs that threaten our state sovereignty and continue to restrict the free market from finding real solutions to issues facing Idahoans.

What are your top three priorities, if elected?

Why should voters select you over your opponent(s)?

With my education and business experience, I am equipped to understand the issues Idahoans are facing and have insight into the solutions. I will not vote to raise taxes. I will vote against appropriation bills that increase state spending and our reliance on federal tax dollars. I will work to rid Idaho of Common Core and the State Health Exchange, keep Idaho from expanding Medicaid and support policies that give Idahoans more choice in how they educate their children and receive healthcare. I will fight for Idaho control of Idaho lands that are currently under federal control.

My opponent, however, continually votes to raise our taxes, increase state and federal spending, voted in favor of the Health Exchange, Medicaid expansion waiver and Common Core, and has been nearly silent on the lands issue. My opponent claims to fight waste, fraud, abuse, etc., but supports the very policies that lead to these problems. Idaho has wasted over $70 million on the Exchange in return for virtually zero control and premiums are still skyrocketing. I understand what Common Core is and where it came from. My opponent does not, as is evident by her claim that the standards are set and controlled locally.

No. I firmly believe in a good education, but an education does not improve in direct correlation with the amount of money spent. More money is not always better.

Over the past 50+ years, very large increases in education spending have not improved actual education or knowledge. Test scores have remained flat, despite the vastly greater amount of money spent. Since Common Core has arrived, SAT scores have actually decreased in Idaho. Much of the increases in funding do not actually make it to the students in the classroom, either. It’s time Idaho takes a look at real solutions, not unvalidated standards and testing or simply spending more money because it is politically expedient. There are better standards and tests available at lower costs that have been proven to actually benefit students.

Do you support legislative efforts to limit local control of certain issues, such as minimum wage and banning plastic bags?

Yes. These issues need to remain uniform across the state to protect both businesses and consumers.

Should Idaho expand Medicaid? If not, what should the state do, if anything, about the estimated 78,000 Idahoans who fall in the Medicaid gap?

No. The answer to government run healthcare is not more government run healthcare. The gap was created by Obamacare and the subsequent decision by the Supreme Court to strike down the requirement that Medicaid be expanded. Rather than expand Medicaid, Idaho should repeal the 55 year old law that prohibits the purchase of health insurance across state lines. We should make it easier, not harder, for alternative medicine providers to operate and expand the options available to patients.

Do you support legislation that seeks to address faith healing?

No. This type of legislation would greatly increase state control over family affairs and would have the potential to be expanded and abused. I do not agree with the decision to abstain from medical treatment, but I do respect the right of parents to determine what is best for their family.

Is the state adequately funding transportation? Why or why not?

In comparison to many other states I’ve traveled in, Idaho has pretty decent roads. States like New Mexico and California have horrible roads, for example. I would like to see our bridges repaired or rebuilt and money spent more wisely on the roads. Too often, a project is completed, only to be undone a year or two later. Some projects are not done right the first time, which forces taxpayers to pay far more than they should have. Several examples exist in the Treasure Valley alone.

Do you support offering tax breaks and credits to businesses in an attempt to attract them to Idaho? Why or why not?

No. This is called corporate welfare and should stop immediately. Our leaders are creating an unfair advantage for businesses outside of the state at the expense of already existing businesses because the existing businesses do not receive the same breaks. If our tax structure was actually competitive in regards to surrounding states, entrepreneurs and businesses would move here on their own.

Do you support efforts to take back control of some of the state’s federal lands? If so, how should the state pay for the cost of maintaining them?

Yes. I support taking control of all land that is not authorized, under the US Constitution, for the Federal government to control. A plan that would allow this to happen systematically over a set period of years and would prohibit the sale of these lands would be easy to support.

I understand that Article 21, Section 19 of the Idaho Constitution does state that we “…do agree and declare that we forever disclaim all right and title to the unappropriated public lands lying with the boundaries thereof, …” However, in 1845, the Supreme Court decided that a nearly identical provision in the Alabama Enabling Act was unconstitutional. About 20 years later, Texas was admitted without the provision. The legal fight involves this Supreme Court decision and the Equal Footing Doctrine for admittance to the Union. Western states were not admitted under equal footing when compared to earlier states.

Your email address will not be published. Required fields are marked *